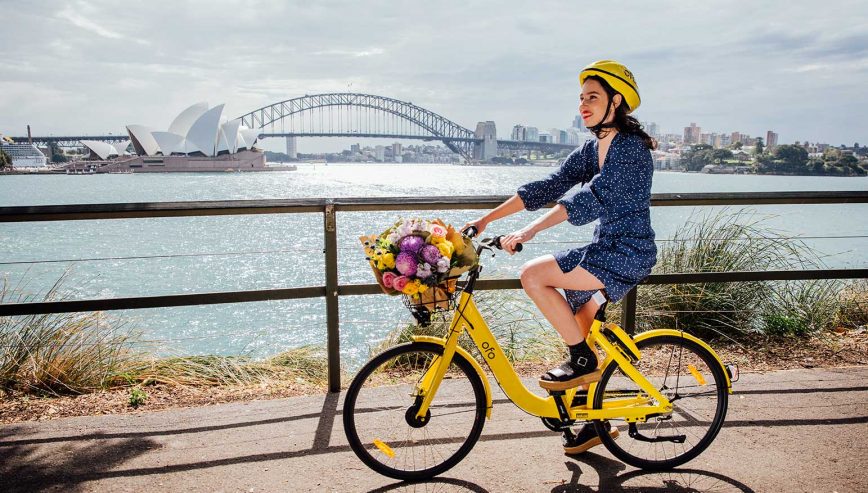 I’m sure that many BN members have seen the growing number of dockless bike share bikes in the Sydney area and particularly in built up areas. I haven’t personally used any of the Sydney options myself, though I have (through work travel) experienced a number of programs in other countries. The following article summarises my experiences:

I have personally used or interacted with bike share programs in the following cities:

All these programs were owned by a government but generally the running of the system was contracted out to a private company.

All programs are operated as a monopoly (only 1 operator per city). I understand that Sydney has at least 3 different private companies operating competing systems with little input from councils.

All programs used a docked system whereby users would need to return bikes to specific docking stations that were set up around the city. I’m sure that having a government own the system allows for appropriate space to be allocated for these rack areas and not require operating companies to purchase this land. The one exception was Switzerland where the scheme is currently aimed at tourists who needed to return their bike to the same location but this is changing to a more standard docking system this year.

The bikes are always very heavy and sturdy (tyres >=50mm, internally geared hubs and often 26 inch or smaller wheels) with low gearing and an upright riding position. The bikes were not something that you could accelerate quickly. Access to the bikes was either via credit card or a mobile phone app.

The pricing of the schemes was setup to deliberately target regular short use cases where a weekly/monthly/yearly registration charge was paid which then gave unlimited free uses of up to 30min but then excess time charges after that. I was not aware of any schemes to on-sell metadata from your rides to make additional revenue but most of the agreements were not in English. The docked systems would have made this information less valuable though. The following article on the Sydney schemes is worth a read:
https://www.smh.com.au/business/consumer-affairs/how-your-personal-information-funds-share-bike-schemes-20171110-gzj05d.html

Helmets were not mandatory in any of the countries where these schemes were operating. It was extremely rare to see anyone riding a bike share bike with a helmet.

In the early hours of the morning it was not uncommon to see large trailers full of the bike share bikes being driven from downhill locations to uphill locations.

Just over a week to go for the public exhibition of the Sydney Harbour Bridge Cycleway Northern Access Project with three ramp design options and upgrade to bike path connections. Reminder: the exhibition closes at midnight on Sunday 16 January. There is a pop-up event scheduled for Wednesday 12 January 2022, 4-6pm at the foot of the North steps. This … END_OF_DOCUMENT_TOKEN_TO_BE_REPLACED

Work on noise walls in Cammeray will close bike lane access to Amherst Street from Brook Street, Naremburn. The closure is scheduled to be in place on Thursday 6 January for up to nine months. Alternative routes are shown in map image. These works should not impact on bicycle access to Amherst Street from the end of the Naremburn cycleway. … END_OF_DOCUMENT_TOKEN_TO_BE_REPLACED

Happy New Year to Bike North riders.  These are interesting times that we live in. Due to the severity of the current Omicron/Covid 19 situation in NSW, Bicycle NSW has, in the last few days, made some recommendations based on NSW Health Order and health and safety concerns.  As it happens, Bike North is already complying with most of the … END_OF_DOCUMENT_TOKEN_TO_BE_REPLACED

A number of gallant souls braved the elements to come to Nowra on 9th-12th December. Some also decided the weather was against them and chose not to come. On a couple of occasions some of us thought that this seemed to be a wise choice.But, to be honest, most of the time the weather was horrid all around Nowra but was … END_OF_DOCUMENT_TOKEN_TO_BE_REPLACED