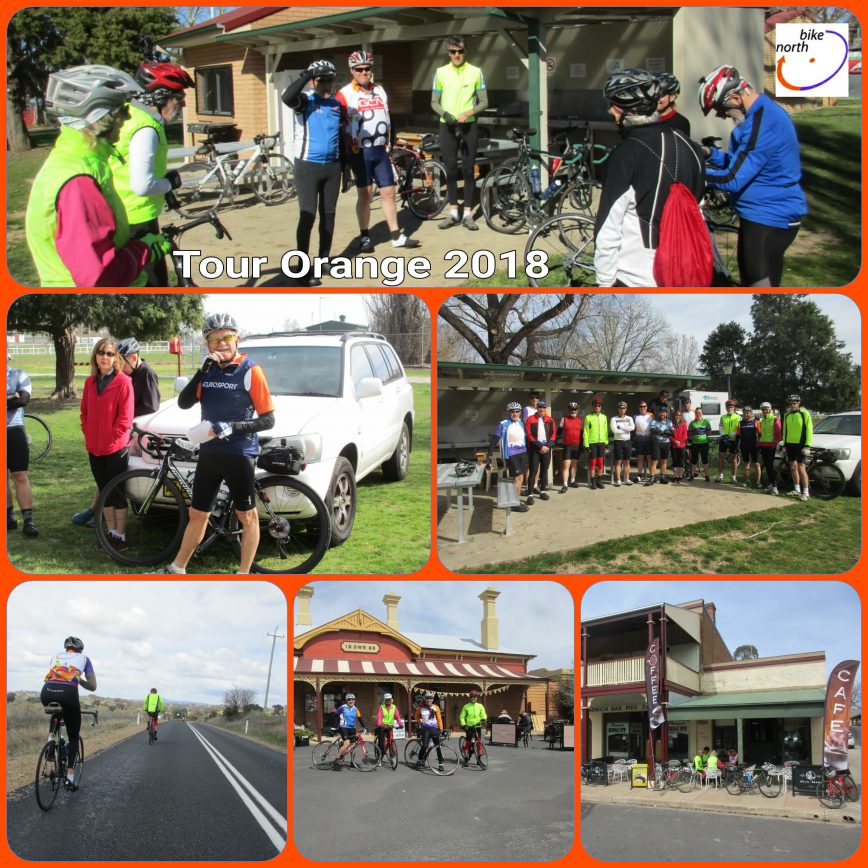 After a very cold start to the morning, and having bragged about the electric blanket we had on the bed to keep us warm compared to those shivering in a tent, we all travelled together to the hard section of the ride where those hard and fast riders peeled off to do their chosen hills and our small group started on our section of the ride.  It turned out to be one of those beautiful winter’s days with a bit of a nip in the air but nice and warm in the sun.  The hills were not as bad as I remembered them from last time, which was when I did them after a recce on the previous day that turned out to be quite hard.  I did not have to walk up the hills this time!!  Our small group did a section of the Banjo Patterson Way for about 4 km and then we turned around as we knew that there was a hilly section coming up.  We had a look at Banjo Patterson Park and listened to the history for a short time.  On the return we decided to ride up to the lookout in Dalton Street and had a look at the layout of Orange from there.  We then went for a well-deserved coffee stop before returning back to the Caravan Park.

The whole group travelled together to the official start of the ride.  Our small group decided to do the Milthorpe loop and so we headed out past the airport.  We discovered a camel in a paddock and followed the instructions to Millthorpe.  We decided on a coffee stop and had a look at the old railway station and had a look at some of the old buildings in town.  When we were about to leave we met up with the group who had done the long section and pointed them in the direction of the coffee shops.  We made our way home, enjoying the scenery from a different perspective.

Our small group decided to do the Lucknow loop.  It was a very windy day and we experienced some head winds.  The ride was similar to the start of the Millthorpe Loop and around the halfway mark the ride became different.  We decided to go to a small township of Spring Hill for a toilet stop and discovered a historical car meet.  We had a good look at some of the old cars and they brought back memories of what I used to drive years ago – showing my age now – a VW Beetle.  We then returned to our route and made our way to the coffee stop in Lucknow.  Unfortunately or fortunately depending which way you look at it we missed a street sign and so missed out on climbing a 14% hill climb we were told.  Instead we had quite an easy return going back to Orange along the Highway.  We wanted to avoid the Highway as it can be very busy but as it was a Sunday there was not too much traffic so it did not pose any problems.

After the ride we went and had a look at the Botanical Gardens.

In the afternoon Malcolm and Roger very kindly organised a get together for all riders, which was enjoyed by all present.

After the briefing we started up our cars to drive the 15 kms to Borenore and happy to miss out on those undulations.  We parked the cars in Borenore at the Rural Fire Service/Information sign and started riding on The Escort Way.  This being a Highway we did not experience a problem with traffic.  The shoulder of the road was quite good in most areas and the downhill plus the tailwind was amazing.  After we turned off we were expecting crosswinds on the way to Molong but they did not happen.  Molong is a lovely town and we enjoyed a coffee and something to nibble.  Close to the toilet stop Willemina happened to run into someone she knew who had moved to the area some years prior, a small world isn’t it.  Willemina really appreciated one of the faster riders who had a slow day allowing her to overtake him on one of the hills.  And when we were close to the cars we regrouped near an intersection and Maggie had a good go at some of us!!!

In the afternoon we went for a drive and went up to Mount Canobolas.  We had last been there about 6 months prior, just after bush fires, and the area is very slowly regenerating, but it could certainly do with more rain.

Brian very kindly offered to lead this ride as he knew the area, being a regular visitor due to family connections.  Willemina was a bit wary as Brian took a different turn at the start as she did not want to do a longer ride, but it turned out to be an easier start than was expected.  We all enjoyed the hills and a side visit to Lake Canobolas.

Thanks to Phil Burge for organising this very enjoyable tour.  Thanks to everyone who was there, your company made it a really memorable experience.  There were only two mechanicals that I remember, Justin had a flat tyre on day one in the first 500 meters, and Phil had one in his annexe just before the ride on day four.  There were people of different levels on different days and we all enjoyed doing what we did.

Posted: February 1, 2023
Here are two strategic cycleways for which Transport for NSW is seeking feedback.  Both will complete links between existing cycleways or soon to be constructed cycleways.  As always they need support, as do cycleways in general with an upcoming state … END_OF_DOCUMENT_TOKEN_TO_BE_REPLACED

Posted: February 1, 2023
Registration for the Easter weekend is now open. If you are coming then you MUST register to ride in the Tour de Cowra.  Registration Fees:  Members: $10 Non-members: $45 Note: Non-members please note that if you wish, before you register, … END_OF_DOCUMENT_TOKEN_TO_BE_REPLACED

Posted: February 1, 2023
Kerry Tipton led four other Bike Northers from Castle Hill to Milsons Point by following the winding creeks that lead to Parramatta River – the Parramatta Rivers Run. On the way they rode through Parramatta Park to find Australia Day … END_OF_DOCUMENT_TOKEN_TO_BE_REPLACED

Posted: February 1, 2023
Do you know that membership with Bike North entitles you to a 15% discount on your membership with Bicycle NSW?  Use code bikenorth2122 when you join or renew.  Bicycle NSW members receive global, comprehensive (personal accident and public liability) rider … END_OF_DOCUMENT_TOKEN_TO_BE_REPLACED

Posted: January 25, 2023
The state election will be held on 25 March.  The state government has a big impact on cycling, from road rules to providing most of the funding for infrastructure.    Bike North will again be engaging with candidates, seeking their support and … END_OF_DOCUMENT_TOKEN_TO_BE_REPLACED 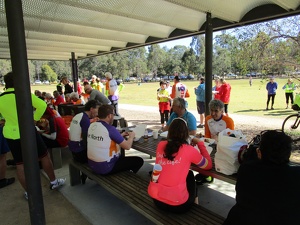