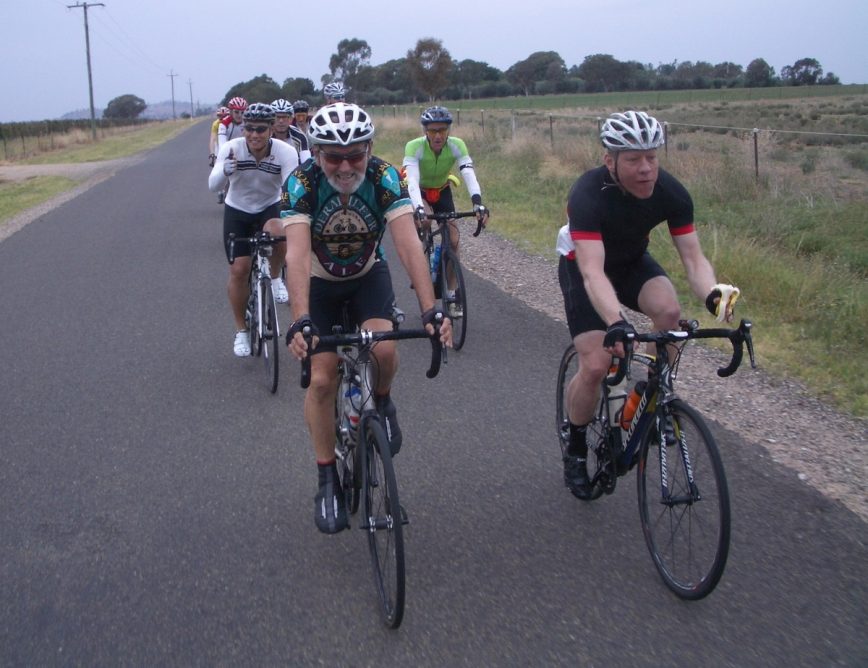 I have often heard riders refer to their average speed to determine how well they did on a particular ride and I wondered how good of an indicator average speed by itself is without taking into consideration the elevation gain? So I tried to investigate this by looking at the various elements that make a ride harder and which also considers power output.

By substituting some numbers and making certain assumptions for the above parameters, I compared an example ride of say 30km with an elevation gain of say 900 m elevation gain, power = approx 150 Watts.  The average speed for this ride is approximately 16km/hr.

I then compared it to a similar distance of 30 km and power of 150 Watts, but with half the elevation gain, ie 450m.  The average speed was approximately 22km/hr. This represents an increase of average speed of very roughly 40% for the same effort made or power output.

If the elevation gain was even less than 450m, then the average speed would be higher than 22km/hr.

The conclusion is that if power output is not available to determine how intense the effort was on a ride, then average speed by itself may not be the best simple indicator unless elevation gain is also considered.

Of course there are many assumptions and simplifications made in the calculation of the above numbers but it gives an idea of the equivalent average speed of a ride with more elevation gain when compared to a flatter ride.

Editor: Also check out Calculate REE, a Ride Energy Expenditure calculator for each ride in the Bike North Database

Hornsby Council has at last released its draft Walking and Cycling Strategy which can be downloaded from its website via the following link :- https://future.hornsby.nsw.gov.au/wp-content/uploads/2020/10/Draft-Walking-and-Cycling-Strategy.pdf The Strategy authors have done a creditable job in contextualising every aspect of their report and they have set a ten year time frame within which to achieve the Strategy’s primary objective of increasing and … END_OF_DOCUMENT_TOKEN_TO_BE_REPLACED

The 2019/20 Bike North Annual Report has been published. You will find reports from all Bike North Advocacy Working Groups as well as reports from President, Rides Coordinator, Membership Manager, Communications Manager and the 2019/20 Financial Report. You can view inline below or use the Download Link.

What better way to enjoy a school holiday than to do an out and back ride along the first NSW rail trail with the kids? “Wrong” my daughters will tell you. Even though the trail was only 42km return with spectacular rolling green scenery and perfect spring weather our kids would have you believe otherwise. When a non-cycling colleague of … END_OF_DOCUMENT_TOKEN_TO_BE_REPLACED

Bike North is putting on a weekend of riding in and around Nowra again this year, 2½ hours drive south of Sydney. There are three rides over the weekend, with the option of an ‘early bird’ ride on the Thursday. Or you can just come for one day if you are time pressed. The rides range from easy-medium to medium … END_OF_DOCUMENT_TOKEN_TO_BE_REPLACED

Working with Councils to promote cycling through events

Here is a great way a couple of Bike North members have been working with their local council to promote Biketober, a popular challenge between organisations and riders to encourage more people to ride bikes for transport, health and fun! Both ride leader Wendy and keen newbie MaryAnn are featured in this Willoughby Council promotion for Biketober https://www.willoughby.nsw.gov.au/Council/News-and-media/Biketober.  Great work … END_OF_DOCUMENT_TOKEN_TO_BE_REPLACED