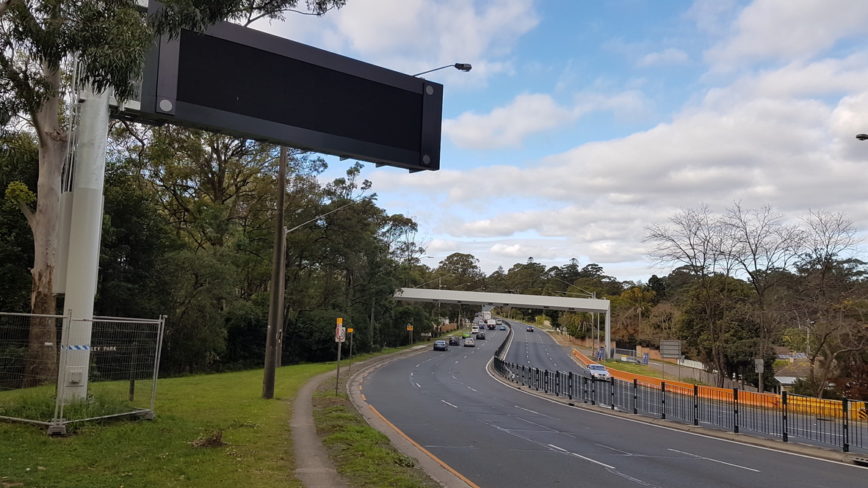 Pennant Hills Road, where are you going ?

It is hoped that, before the end of the year, the long awaited M1/M2 Tunnel (Pearce’s Corner, Wahroonga to the M1 Motorway at Pennant Hills Rd, Carlingford ) will open for business.

This event, when it occurs, opens up exciting possibilities for cyclists in the Pennant Hills to Hornsby area because, with fewer vehicles ( particularly trucks ) using Pennant Hills Road, the corridor it occupies could be put to better use. Topographically, the corridor has very manageable gradients and, as it effectively serves as the connecting ‘spine’ to all the suburbs either side of it, it is the perfect choice for a major branch of Sydney’s future ‘Principal Bicycle Network’ in the city’s north west.

Bike North has been corresponding with Transport for NSW (TfNSW) and Hornsby Council in recent years to make known our support for this strategic re-use of Pennant Hills Road and both these government agencies have indicated that the idea will be considered once the M1/M2 Tunnel opens.

Indeed, in a reply dated 28/4/20 to an inquiry on this subject earlier this year by our President, TfNSW stated that although there are no plans to redesign Pennant Hills Road between the M2 Motorway/Pennant Hills Road and Hornsby at this time, changes in network use after NorthConnex opens may present opportunities along this corridor.

TfNSW further stated that it :-

“ will carry out a Road Network Performance Review Plan 12 months after NorthConnex opens, in consultation with relevant councils (as required in item E28 of the NorthConnex Conditions of Approval). This plan will reassess the traffic conditions and provide data to future planning for Pennant Hills Road.

The NSW Government is focused on cycling projects in line with (the) Future Transport 2056 Strategy. The strategy identifies the NSW Government’s 40-year vision for transport planning to meet the demands of the predicted population growth in NSW. It prioritises the delivery of connected cycling networks within 10 kilometres of metropolitan city centres by 2026, and within five kilometres of strategic centres by 2036.

Transport for NSW is investigating ways to deliver this vision and provide well-connected cycling facilities to link the key cycling destinations across Greater Sydney. Transport for NSW will also study the feasibility of a cycleway between the M2 Motorway/Pennant Hills Road and Hornsby with relevant stakeholders in the future.”

Hornsby Council has also stated in recent months that once TfNSW’s ‘Road Network Performance Review Plan’ has been prepared in 2021, Council will at that stage “consider any viable options that would support the enhancement of the function and operation of Pennant Hills Road.”

So, in relation to Pennant Hills Road, Bike North plans to review the corridor’s future on two dates :-

In the meantime, Bike North needs to start thinking about what might be reasonably achievable in the way of installing cycle lanes/shared user paths along the Pennant Hills Road corridor and your ideas about this can be sent to :- bn_hornsby@bikenorth.org.au

After being in hibernation for parts of March to May, the Bike North rides program under the Covid Safe protocols has hit a high mark of 56 rides in June. The second half of May has 28 rides and so far July has 28 rides. Typically for the past years the winter months average about 40 rides per month. There … END_OF_DOCUMENT_TOKEN_TO_BE_REPLACED

Bike North has always invested in safety through providing all ride leaders with especially designed first aid kits and providing them with first aid training.  Early this year the office of the Federal member for North Sydney drew our attention to the Commonwealth Government’s Volunteer Grants Scheme https://www.communitygrants.gov.au/grants/volunteer-grants-activity-2019-20 and supported our initial application for funding.  We have now been advised … END_OF_DOCUMENT_TOKEN_TO_BE_REPLACED

As members will know Bike North operates on a financial year basis with our Annual General Meeting scheduled for the third Sunday in August.  At this time of year your Executive is planning the AGM and preparing reports to members on the year just concluded. Given the COVID-19 restrictions (with a maximum of 20 people permitted at an outdoor gathering) … END_OF_DOCUMENT_TOKEN_TO_BE_REPLACED

For members who would like to take the train to the start of a ride, Opal fares will change from Monday 6 July 2020 including a temporary 50% discount for off-peak travel on metro/train, services between 10am and 3 pm. A new $8.05 all-day travel cap on Saturdays, Sundays and public holidays will be introduced. This will replace the current … END_OF_DOCUMENT_TOKEN_TO_BE_REPLACED

At any Bike North coffee stop, if anyone raises the question of tyres you will get ten different opinions from 5 different riders. The fact is that most modern tyres are very good quality and very few, if any of us, are riding hard enough to judge different rolling resistance and handling characteristics that impact on speed or safety of … END_OF_DOCUMENT_TOKEN_TO_BE_REPLACED