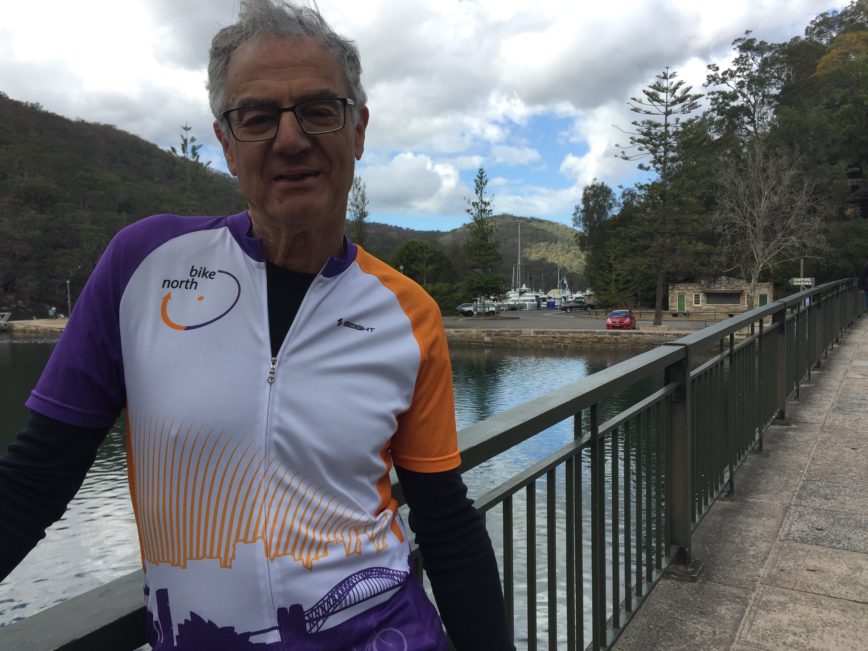 Each year Bike North invites members to nominate other members of Bike North for recognition through our system of Volunteer Awards https://www.bikenorth.org.au/about-bike-north/bike-north-honours-system/.  As stated on the website we want to recognise – and  congratulate and thank – “people whose actions and commitment over a period of time are above and beyond what could be reasonably expected and who have made a significant difference by virtue of their contribution”.

We normally announce these awards at our Annual General Meeting and present award certificates.   These days it seems that it will be some time before we can have our usual rides day culminating in the AGM and lunch.

Nevertheless, the Bike North called for nominations for our awards and received two nominations both of which the Executive was delighted to support.

Extracts from his nomination:

Gerrit Hagen first joined Bike North in October 2005 and became a Ride Leader in July 2011.  As a Ride Leader, he has led possibly more rides than any other leader, with his tally to date of just over 500 rides (with up to 48 participants!).  His leadership style has encouraged newer riders to continue their involvement with Bike North, and cycling in general, and he is continually looking at leading a variety of rides which assists in keeping the program interesting.  Gerrit has also encouraged, and assisted with training, a number of Apprentice Ride Leaders including many of our current group of leaders.  His attitude to the safety of his group and the relaxed natures of his rides, ensures they are very popular with members.  Gerrit has also served as a member of the Rides Committee from 2016 to 2019.

Gerrit has been awarded Volunteer of the Year award in 2015 and, based on the number of rides he has put on, which averaged more than one per week for five years, could easily have taken out this award more than once.

Bike North depends on survival as a BUG due to the rides. I don’t know of anyone who would get anywhere near Gerrit’s activity and he has encouraged so many members, memberships and other ride leaders.

Gerrit and his wife, Willemina, have long been stalwarts of Bike North, both having received Volunteer Awards in the past.  They are moving to Woy Woy but we hope they will continue to lead and sweep Bike North rides!

Alison Pryor: Volunteer of the Year

Extracts from her nomination:

Alison has contributed an enormous amount of time and effort in coaching; working with Ryde advocacy & council; organising travel; as ride leader and leading the Rides Committee; organising overseas travel and contributing to the social activities of Bike North.

Alison was the ride leader who help built my confidence and skills when I joined Bike North and I returned to bike riding in 2006.

In the years that I have been involved with Bike North I have seen Alison participate in every aspect of Bike North’s organisation. Her role as a coach, ride leader and Ride Committee member is/has been a vital contribution to the success of the club. Her organisational and communication skills have contributed to BN social life in the form of organising a number of overseas trips and social activities within the club. Alison has a keen interest in cycling and promotion of cycling and her coaching experience and involvement in Advocacy has benefited many cyclists outside of Bike North.

Over the five years that I have known Alison, she has consistently impressed me with her contributions to improving the cycling experience of Bike North members and the wider community. She has organised numerous overseas and Australian cycling trips, which have been much enjoyed by many BN members.  She generously gives up her time to coach members of the community wishing to improve their cycling skills.  Alison’s input to the BN executive is always considered and insightful and leads to good decision-making.

Warmest congratulations to both Gerrit and Alison!

Some ride leaders love thinking in maps, paths and routes. Sometimes this is to plan ride to new locations, new combinations of known routes or to enjoy events or activities where cycling is the most convenient way to access. With all that ride planning, the Bike North rides database just ticked over 500 different rides in the past month. A … END_OF_DOCUMENT_TOKEN_TO_BE_REPLACED

Get ready for the Biketober Business Challenge! In October 2020, organisations and riders will compete to see who can encourage most people to ride bikes for transport, health and fun!  Last year, 3,798 participants from 392 organisations took part in NSW, including 613 new riders. Altogether riding 932,900 kilometres, that’s more than 23 times around the world! Let’s see if … END_OF_DOCUMENT_TOKEN_TO_BE_REPLACED

Each year Bike North invites members to nominate other members of Bike North for recognition through our system of Volunteer Awards https://www.bikenorth.org.au/about-bike-north/bike-north-honours-system/.  As stated on the website we want to recognise – and  congratulate and thank – “people whose actions and commitment over a period of time are above and beyond what could be reasonably expected and who have made … END_OF_DOCUMENT_TOKEN_TO_BE_REPLACED

The third edition of the Rides Procedures and Policies and been produced and endorsed. The document covers the principles underpinning the whole rides program, and includes updates the rides committee or exec committee have operationalised in the past 4 years. It focuses on aspects that make up regular, diverse and safe rides program offered to members and the community, rather … END_OF_DOCUMENT_TOKEN_TO_BE_REPLACED

The Inaugural Spring Classics Weekend for 2020 will be in the Southern Highlands – with Bundanoon as the accommodation base and the starting point for the rides.  Explore Bundanoon and Southern Highlands by bike.  Rides will be at a gentle pace – with the whole point being to have a look around while we ride.  These will be led rides … END_OF_DOCUMENT_TOKEN_TO_BE_REPLACED