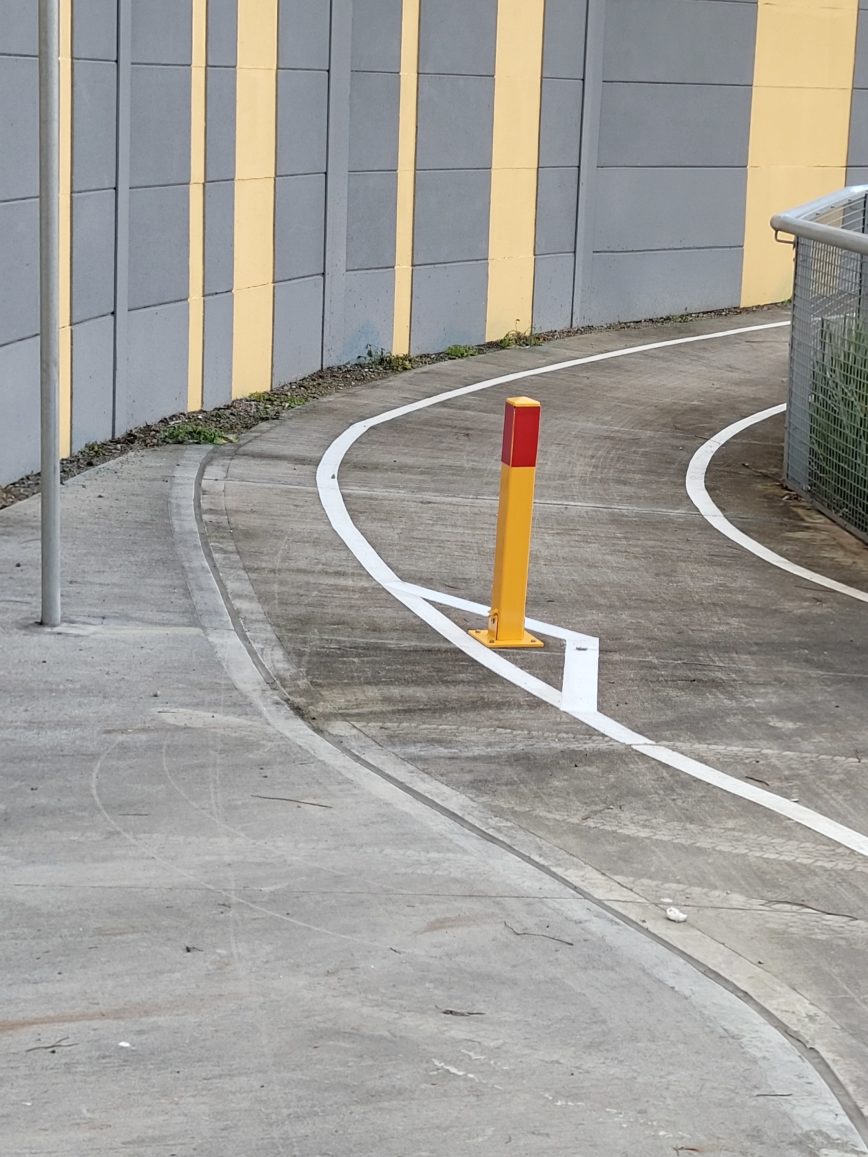 Bike North was recently informed by a cycling member of the public about a new bollard installed on an exit ramp to Pennant Hills Road from the eastbound shoulder of the M2 (see photo above).

The bollard was considered dangerous as there was no clear line of sight to the bollard for cyclists turning the corner to take the exit.

Bike North made representations to Transurban who claimed the bollard was necessary to prevent drivers from attempting to use the bike exit rather than continuing to the NorthConnex Tunnel.

With the support of Bicycle NSW, the legal criteria for the installation of bollards and a video highlighting the issue were presented to Transurban. Bollards should be installed only as a last resort. We presented Transurban with better, safer options, which were implemented.

It isn’t often we get a bollard removed but, on this occasion, our advocacy efforts were successful!

Bike North will use this result in further communications with Transurban and repeat our previous offers to get involved up-front on cycling-related issues, reducing wasted expenditure yet ensuring safe environments for cyclists.

Posted: February 1, 2023
Here are two strategic cycleways for which Transport for NSW is seeking feedback.  Both will complete links between existing cycleways or soon to be constructed cycleways.  As always they need support, as do cycleways in general with an upcoming state … END_OF_DOCUMENT_TOKEN_TO_BE_REPLACED

Posted: February 1, 2023
Registration for the Easter weekend is now open. If you are coming then you MUST register to ride in the Tour de Cowra.  Registration Fees:  Members: $10 Non-members: $45 Note: Non-members please note that if you wish, before you register, … END_OF_DOCUMENT_TOKEN_TO_BE_REPLACED

Posted: February 1, 2023
Kerry Tipton led four other Bike Northers from Castle Hill to Milsons Point by following the winding creeks that lead to Parramatta River – the Parramatta Rivers Run. On the way they rode through Parramatta Park to find Australia Day … END_OF_DOCUMENT_TOKEN_TO_BE_REPLACED

Posted: February 1, 2023
Do you know that membership with Bike North entitles you to a 15% discount on your membership with Bicycle NSW?  Use code bikenorth2122 when you join or renew.  Bicycle NSW members receive global, comprehensive (personal accident and public liability) rider … END_OF_DOCUMENT_TOKEN_TO_BE_REPLACED

Posted: January 25, 2023
The state election will be held on 25 March.  The state government has a big impact on cycling, from road rules to providing most of the funding for infrastructure.    Bike North will again be engaging with candidates, seeking their support and … END_OF_DOCUMENT_TOKEN_TO_BE_REPLACED 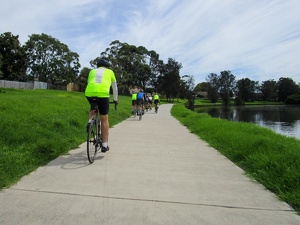