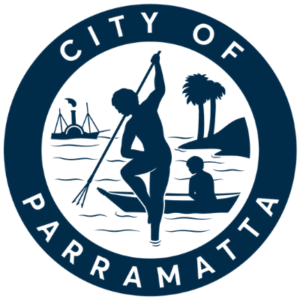 City of Parramatta is one of the best Councils in the Sydney area in regards to cycling. Across many years it has worked hard to get funding for the Parramatta Valley Cycleway, the latest link opening being the Subiaco Creek Boardwalk section.

Current projects are the escarpment boardwalk and the Active Transport Link along the new Parramatta Light Rail.

Council has a great interactive Bike Plan which can be accessed via links on this page.

City of Parramatta is working to deliver the NSW Government funded Parramatta Road Urban Amenity Improvement Program (PRUAIP) that includes the Alfred Street Cycleway. Council is inviting feedback on the proposed Cycleway in Granville from 22nd June until the 20th of July 2020.  CLICK HERE to see the article

Bike North members Brian Lynne and Darryn Capes-Davis were invited to a project inspection of the infrastructure for cyclists at the North Connex Southern portal where the North Connex enters/exits to/from the M2. As reported earlier this year, the facilities include a large elevated, dedicated bridge for cyclists west bound on the M2 and an incredible cantilevered bridge and underpass … END_OF_DOCUMENT_TOKEN_TO_BE_REPLACED

City of Parramatta have confirmed dates for replacing the decking on the O’Connell St underpass. It will be 26-30th August in a couple of weeks’ time. Signs will be up in the next day or two, please share among your local networks.

As part of Parramatta Light Rail investigations we have been advised there will be some ground testing on the foreshore shared paths either side of Parramatta River. Investigation works will take place on Waratah Street Melrose Park on the north side, and near Louise Savage Pathway on the south side. The path will be locally narrowed, but there will be … END_OF_DOCUMENT_TOKEN_TO_BE_REPLACED

For a number of years now Bike North has been involved in the development of the cycling interface with the M2 tollway and more recently with the M1/M2 Tunnel project. In particular, former Bike North President Doug Stewart worked closely with project engineers to ensure safe and effective design of the cycling approaches and exits from Pennant Hills Road to … END_OF_DOCUMENT_TOKEN_TO_BE_REPLACED