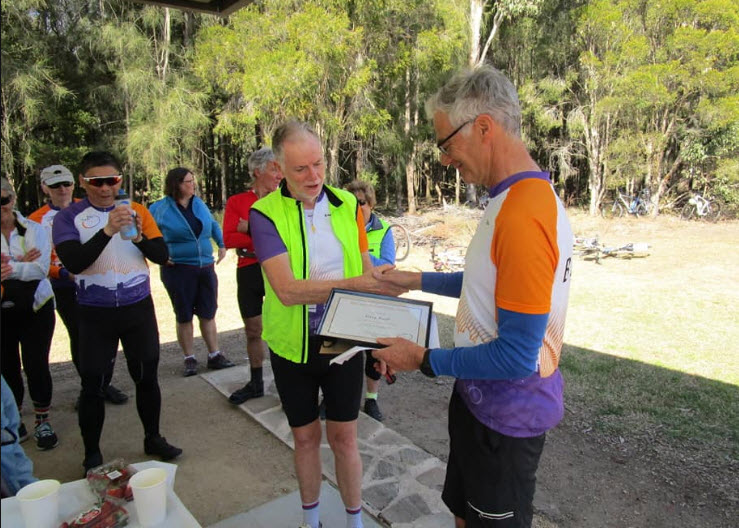 Bike North Honours System is a system established to acknowledge and celebrate the outstanding achievements and contributions of exceptional people involved in the sport of cycling.

The System recognizes those people whose actions and commitment over a period of time are above and beyond what could be reasonably expected and who have made a significant difference by virtue of their contribution.

In the Bike North Honours System there are two categories for which nominations may be considered. They are:

A nomination under this category is the highest possible award that can be made to an individual for exceptional and outstanding service to Bike North over a significant period of time and being not less than 12 years.

VOLUNTEER OF THE YEAR AWARD

To an individual or individuals giving outstanding service to cycling as a volunteer.

If, in the opinion of the Bike North Executive. the nomination for a particular award does not meet a sufficiently high standard, the Executive reserves the right not to make that award.

Who Can Be Nominated?

Any current member of Bike North.

How Is A Nomination Prepared?

On the Nomination Form below

It is important to provide specific examples of how the nominee’s contribution has been outstanding whether or not the nominee has a formal position in Bike North. What should be included are points such as positions held in Bike North, and examples that best show how the nominee has gone above and beyond what could be reasonably expected of someone in a similar position. Time should also be devoted to considering why you think the nominee’s achievements are outstanding and worthy of special recognition.

Is it Necessary to Provide Referees?

Yes. Three referees are required. Referees can provide supporting information via attached files. You will need to collect files in DOC or PDF format from referees. Bike North President will contact each referee.

All nominations are strictly confidential, and the information provided will be used only to assist the Board in considering the merits of the nomination.

NOTE – the person being nominated should not be approached for information or advised of his or her nomination at any stage.

How Are Nominations Assessed?

Nominations are to be submitted using the form below. They will be acknowledged to the nominator by the President.

The selection of awardees will be at the sole discretion of the Executive which may accept or reject nominations.

When Should Nominations Be Made?

At any time throughout the year but no later than 31 July for an Annual General Meeting of Bike North in August in that year.