We are committed to improvements in infrastructure, enforcement of road rules and education for all riders, whether beginner or experienced, whether on e-bikes or roadies, whether commuters or recreational cyclists.

Bike North has working groups in each of the nine northern Sydney local government areas. If interested in contributing your knowledge, skills or passions, we invite you to contact your local Working Group by selecting the icon from the side bar or choose ‘Working Groups’ from the drop down menu. We look forward to your support. 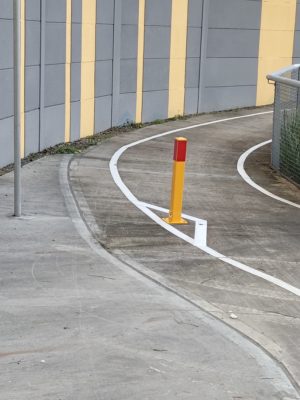 Bike North was recently informed by a cycling member of the public about a new bollard installed on an exit ramp to Pennant Hills Road from the eastbound shoulder of the M2 (see photo above).

The bollard was considered dangerous as there was no clear line of sight to the bollard for cyclists turning the corner to take the exit.

Bike North made representations to Transurban who claimed the bollard was necessary to prevent drivers from attempting to use the bike exit rather than continuing to the NorthConnex Tunnel.

With the support of Bicycle NSW, the legal criteria for the installation of bollards and a video highlighting the issue were presented to Transurban. … END_OF_DOCUMENT_TOKEN_TO_BE_REPLACED 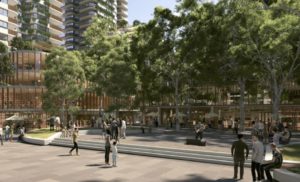 Hornsby Council recently put out its draft Town Centre Masterplan for commentary  by the community.

The Council’s vision is for Hornsby to be ‘a place for people that reflects the uniqueness of the bushland setting, integrated around key public spaces, where the city meets the bush. An active, thriving centre that exhibits economic diversity, design excellence, liveability and sustainability. ‘

The Masterplan and its supplementary Transport and Landscape plans offer exciting ideas about what the town centre and its immediate environment might look like. With significant change, however, comes significant challenges and the opportunity for things to go awry.

The residential population of the area in question is currently just under 500 people but with an increase in residential high rise in the CBD will quickly grow to 11 500! … END_OF_DOCUMENT_TOKEN_TO_BE_REPLACED 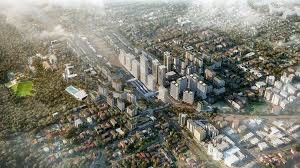 Bike North advocacy convenors rely on close dialogue with councillors to ensure that concerns of cyclists and issues in infrastructure are on the agenda.

In August this year, Bike North wrote to all the newly elected Hornsby Shire Councillors and the Mayor specifically noting the lack of any Active Transport Committee or active transport representation on the local Traffic Committee in Hornsby Shire.

As a result, we were concerned that, without an ongoing dialogues:

–  there are many opportunities for active transport pro-activity being missed

– project targets are possibly being mis-directed and

– dormant, useful infrastructure is not being utilised to its full potential (e.g. … END_OF_DOCUMENT_TOKEN_TO_BE_REPLACED 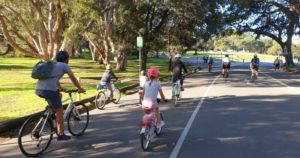 Ku-ring-gai Council unanimously approved the formation of an Active Transport Advisory Committee.  The Council is soon to vote on the Terms of Reference for the Committee and they will then seek nominations for the Committee.  Residents of Ku-ring-gai should watch out for the opportunity to nominate for this important new committee.   … END_OF_DOCUMENT_TOKEN_TO_BE_REPLACED 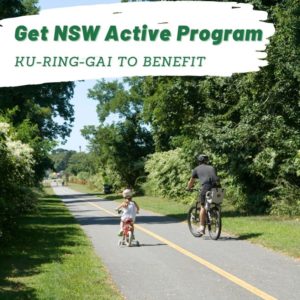 Ku-ring-gai residents will have more options to commute and explore the community, with three local projects being beneficiaries of the Get NSW Active Program.

The community will benefit from a separated cycleway and road rehabilitation in North Turramurra, and two shared user paths with upgraded lighting near Turramurra Station. … END_OF_DOCUMENT_TOKEN_TO_BE_REPLACED

The removal in mid-October of the pedestrian and bike underpass on the east side of Falcon Street will be the next significant impact of the Warringah Freeway Upgrade.

Closure of the underpass, which has been in use since 2009, will require significant detours for both pedestrians and cyclists (refer detour map). For cyclists, the detour will require crossing to the west side of the freeway involving five busy signalised crossings, two being entry ramps to the motorway, two exit ramps and the fifth the crossing of Falcon Street (west side) itself.

Pedestrians will need to cross by heading east along Military Road, with two signalised crossings. … END_OF_DOCUMENT_TOKEN_TO_BE_REPLACED 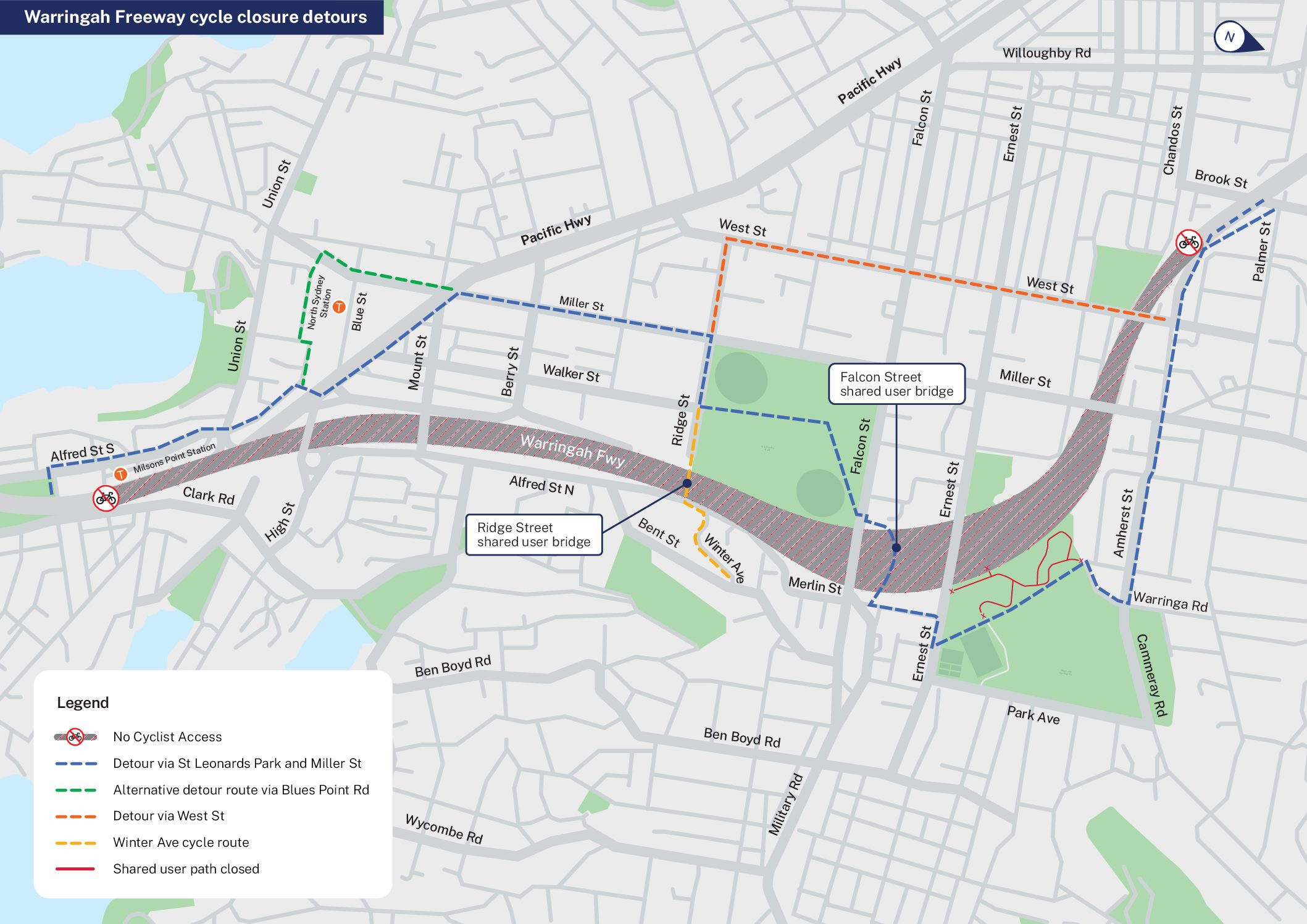 Here is an update from Warringah Freeway Upgrade contractors regarding the cycleway on the Miller Street on-ramp.

The cycleway on the Miller Street on-ramp will be permanently closed from 7am Thursday 1 September.

Cyclists will need to use the available detours:

The detour routes are available to view on the TfNSW online portal here .

Map | Transport for NSW | Community AnalyticsI understand (only check this if you have read and understand the text below) PRIVACY STATEMENT: Transport for NSW (“we”) are collecting your personal information in connection with public consultation on the Western Harbour Tunnel, Warringah Freeway Upgrade and Beaches Link projects (“the Program”).We … END_OF_DOCUMENT_TOKEN_TO_BE_REPLACED 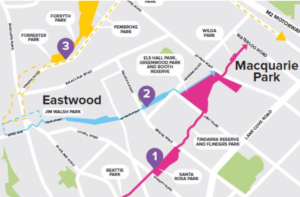 Ryde Council are running a number of drop-in sessions in the first week of February providing an opportunity to ask questions and give feedback in person on the Ryde Green Links MasterPlan. There are several key new active transport routes for walking and cycling proposed as well as improved public access to green space – including on land currently managed by state government departments. As the Masterplan will need to go to a vote of Council it is particularly important that Bike North members:– contribute their feedback– help demonstrate the overwhelming support of the community for the improvements to public amenity, improved cycling access and safety of routes proposed. … END_OF_DOCUMENT_TOKEN_TO_BE_REPLACED 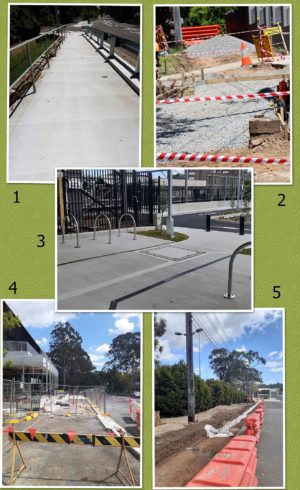 These photos show projects cycling facilities infrastructure (shared user paths) cycle parking in the Ryde LGA recently completed or currently under construction. 1. The completed bridge on Pittwater Rd at East Ryde – shared path at Buffalo Creek 2. Pittwater Rd at Boronia Park & Gladeville sections of the shared path under constitution. 3. Bike parking rails at West Ryde Station (eastern side) as part of refurbishing the ground level carpark and Ryedale Ave streetscape next to the station. 4. Shared user path under construction on Rhodes St Meadowbank 5. Construction of shared user path on McPherson St Meadowbank. Both these section of paths are part of the active transport plan for the new School and TAFE being built. … END_OF_DOCUMENT_TOKEN_TO_BE_REPLACED

Council Meeting Agenda 27 September, 2021As reported earlier this month, the North Sydney Traffic Committee has heard your concerns about their intentions to remove bike riders from the shared path between Arthur Street and Blue Street. The formal minutes are now available and are reported to the Council meeting to be held on Monday 27 September for Council’s approval. These items cannot go ahead until that approval. The recommendations are:

22. That Council acknowledges communication by local cyclists expressing their dissatisfaction; 23. That the implementation of items 3-5 of the resolution on item 5.4 from the 23 July 2021 Traffic Committee meeting be delayed until February 2022; 24. … END_OF_DOCUMENT_TOKEN_TO_BE_REPLACED

Posted: January 31, 2019
The Hills Shire is one of the fastest changing areas of Sydney yet cycling has not been a significant transport option given the geography and long commutes. In 2022 The Hills Council released its new Bike Plan and Bike North and the community are working to see it be realised. END_OF_DOCUMENT_TOKEN_TO_BE_REPLACED

Posted: January 31, 2019
In 2021 Hunters Hill Council approved a new Bike Plan and allocated funds which now need to be directed to the most important needs for cyclists. END_OF_DOCUMENT_TOKEN_TO_BE_REPLACED

Posted: January 31, 2019
In 2022 Ku-rin-gai Council approved the formation of an Active Transport Advisory Committee. The community can now work with council to improve facilities in the municipality. END_OF_DOCUMENT_TOKEN_TO_BE_REPLACED

Posted: January 31, 2019
With the change of council in late 2021, there is the prospect of increased interest in cycling in Lane Cove. END_OF_DOCUMENT_TOKEN_TO_BE_REPLACED

Posted: January 29, 2019
Bike North members are active in cycling advocacy in the North Sydney area, with many active issues and locations. END_OF_DOCUMENT_TOKEN_TO_BE_REPLACED

Posted: January 31, 2019
The Parramatta Council is active in its efforts to improve cycling through the Cycleways Advisory Committee. Over many years it has worked hard to get funding for the Parramatta Valley Cycleway. Current projects are the escarpment boardwalk and the Active Transport Link along the new Parramatta Light Rail. END_OF_DOCUMENT_TOKEN_TO_BE_REPLACED

Posted: January 16, 2019
Ryde Council has had a commitment to cycling through a regular substantial budget for a number of years.  This has seen important infrastructure such as the Pittwater Rd Shared Users Pathway and the recently approved GreenLinks project get the go-ahead. END_OF_DOCUMENT_TOKEN_TO_BE_REPLACED

Posted: January 31, 2019
Willoughby Council has a commitment to cycling and has planning well under way for key routes, such as the Herbert St and Hampden Rd route and Pacific Highway route. END_OF_DOCUMENT_TOKEN_TO_BE_REPLACED 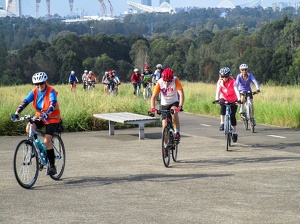